What is a cloud? 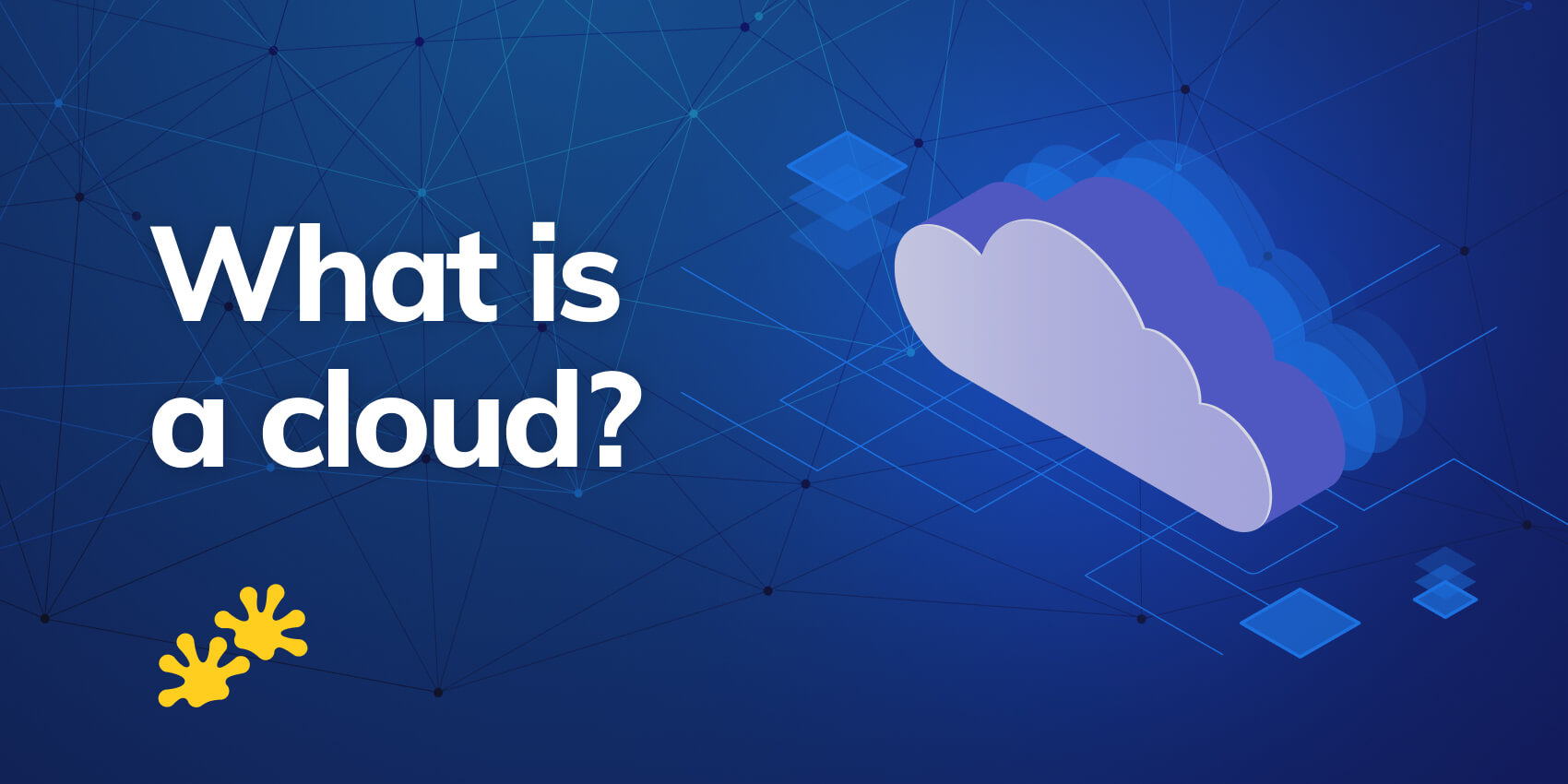 Cloud computing is a huge trend for businesses and ordinary people. It’s a term used to describe a global network of servers that delivers different services through the Internet. These servers are designed to either store and manage data, run applications like Google Docs, or to deliver content, everyone knows Netflix, right? One might say that cloud will, if not already has, become a standard. With all the talk about ‘the cloud’ these days it’s worth saying that according to some statistics 85-90% percent of businesses use some type of cloud services. Why? Probably because of simplicity, instead of accessing files and data from a local or personal computer, you are accessing them online from any Internet-capable device. With these servers all around the world, you can go global with your application easier. With cloud, you have unlimited computing power and the distance that information has to travel and latency caused by that is not a problem anymore. With cloud, you don’t have to think where the servers are because major players have them on every continent.

Oh, and one thing - to be correct, it's "a" cloud and not "the" cloud, there is no one super big computer that stores the whole world’s digital files.) Before clouds, you'd have to store everything on your own computer or another storage device like an external hard drive or a "thumb" drive. Today it’s not so common to have your own drive, especially since services like Dropbox or Google Drive became more popular. It’s easier to store them online, and have access from every place at any time you want.

Are there some cons?

If you have ever been interested in cloud computing, you probably know Azure, AWS, or Google Cloud, those are the biggest players in the case of cloud services. If you go to their pages that describe those services, you’ll see that using cloud is cost-effective, easy, fast, secured, and so on… So maybe you have the same questions, why don’t we use only this type of services, why don’t we throw out all of the servers and move to cloud? The answer is not that easy, for example, if you want the exact specification of the server, it won’t happen. When you need something not by default, it can be tricky, because cloud providers can’t give you the exact configuration of the hardware that you work with, it differs between localization and even between racks. Moreover, if you need a server with GPU, it will probably be cheaper if you will buy a dedicated server and prepare something called a hybrid cloud. Why? Because you will pay for the computing power that you’ve used, not a specific configuration of the hardware. In some situations when you need computing power, cloud can drive up costs pretty much, so let’s be honest. Cloud won’t always be cost-effective.

Secure and easier to set up

Safety is a very important aspect of any modern application. Cyberattacks have become normal these days, but that’s not mean that they are less dangerous. It can be a very dangerous situation not only for your software but also for a company's reputation. Service providers like Amazon have that in mind so they are providing sufficient protection in case of the most popular attacks. You can check the list of Top 10 Web Application Security Risks prepared by OWASP Foundation. If you need increased security, you can always hire a Dev-Ops Engineer and make your environment even more secure. In the case of servers on-premise, you always have to think about security, it won’t be secured by default, so you will need Dev-Ops, a Network engineer, or someone with deep knowledge about security.

Location of cloud computing centers, for example, if you want to deploy something for the Polish market, the nearest one in the case of AWS is in Frankfurt, so even if you are a superman you won’t bend the rules of the universe and the delay will increase. It’s not such a big problem in the case of e-commerce, but what if you are streaming games or making a service that needs the lowest delays in data transfer. The last thing, support, biggest vendors have millions of clients, so if you need to contact someone directly when something is not working as you planned you can spend decades waiting for a support answer. In the case of some businesses where time means money, that is something that can impact the whole business.

What are the most common cloud deployments?

Let’s tell something about common types of cloud computing, we can divide services as follow:

A public cloud is a service run by an external vendor that may include servers in one or multiple data centers, which deliver their computing resources, like servers and storage, over the Internet. With a public cloud, all hardware, software, and other supporting infrastructure is owned and managed by cloud providers.

A private cloud is a server, data center, or distributed network wholly dedicated to one business. A private cloud can be physically located on the company’s on-site datacenter, some companies also pay third-party service providers to host their private cloud.

Multicloud is the use of multiple cloud computing and storage services in a single heterogeneous architecture. In other words, an organization with a multicloud deployment rents virtual servers and services from several external vendors.

What are the pros and cons of cloud?

So, is “cloud” a buzzword or not, and what you should know?

First of all cloud solutions are easy to use, reliable, fast and you don’t need hours to create a new server. Ok, that’s good, but you have some buzzwords inside descriptions of cloud services. Cost-effective? Yes and no, that depends. You have e-commerce and during Black Friday the sales and traffic jump above anything, you could imagine? Then maybe cloud would be useful, because of the scalability you can add processing power in a specific moment, so you don’t have to buy 10 times more servers if your traffic increases seasonally. Do you want to mine bitcoin? Well, that won’t be a good idea. It can cost you millions and even the number of bitcoins you have won’t make it profitable.

Cloud is simplicity and convenience - sometimes this is what people are ready to pay for. It is like choosing between USB sticks and GoogleDrive. USB stick costs almost nothing, it has a huge volume, but people still pay for GoogleDrive. Because a USB stick can be lost, stolen, damaged, you always need to have it with you, you need to have a compatible device to plug it to, you can easily run out of space, you have to care about backups. Cloud storage solved all of those problems and added additional values like a possibility to share files etc. Isn’t it worth a few dollars, is it?

If you are thinking about your project and have some additional questions feel free to contact us.